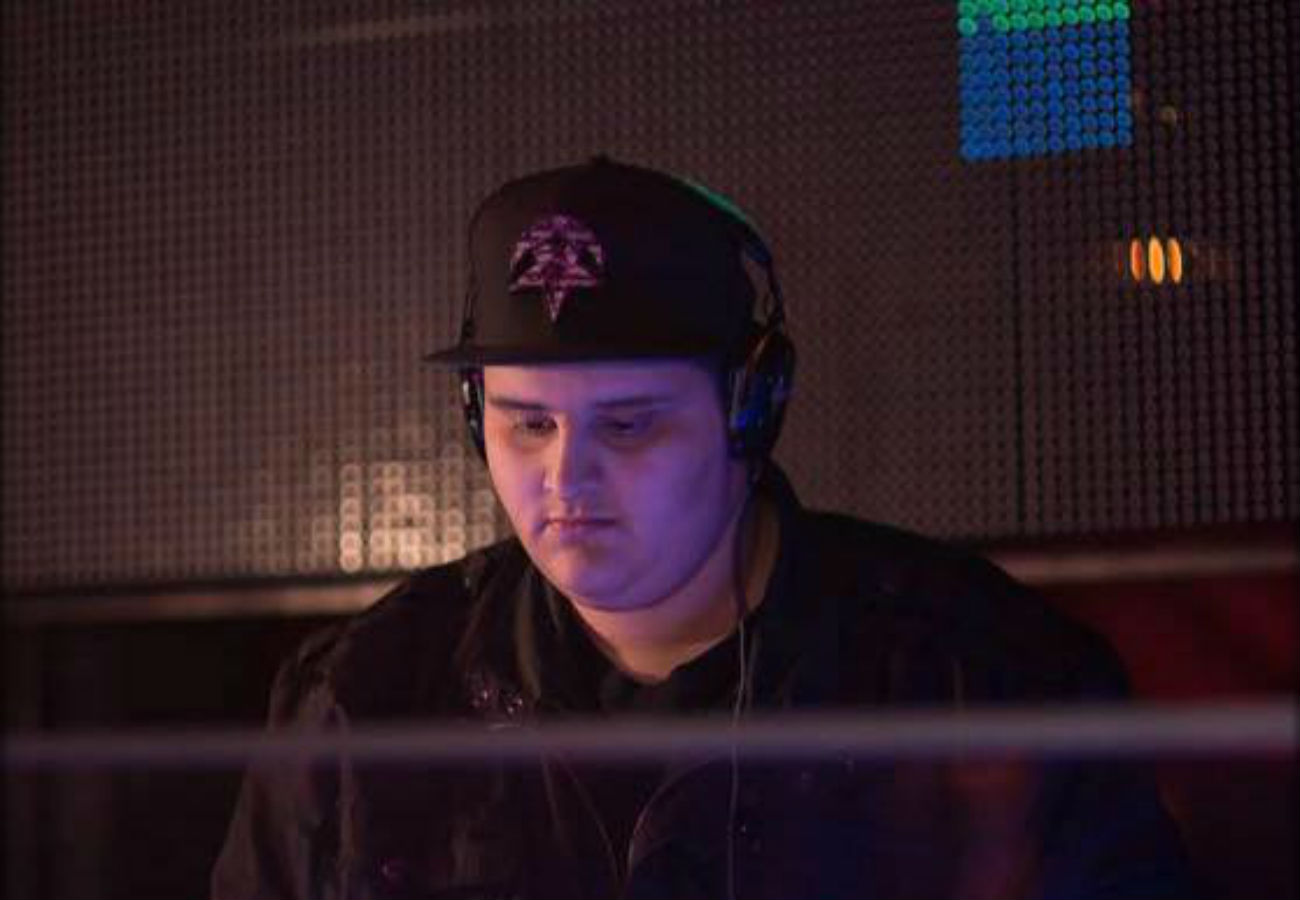 It’s hard to believe how much Diego Santana has accomplished in the time he’s devoted to techno. Although only in his mid 20s, he’s already released dozens of memorable singles through labels like Draft LTD and Humatron Music.

Santana is no slouch behind the decks, either, as he approaches DJing from the unique mindset of a producer. His attention to detail renders each set just as finely tuned a masterpiece as any of his releases, affording him opportunities to perform throughout North and Central America.

Diego Santana was born in San Jose, California, and moved to Denver, Colorado at the age of ten. After attending his first rave at 16, he immediately decided to adopt the raver lifestyle.

However, Santana’s friend from Mexico City exposed him to minimal and techno the following year. What he heard immediately resonated with him, and he sought out local outfits who shared his aesthetic. He learned about Denver promotional company and record label P.U.N.C.H.I.S. via MySpace – and although he was still too young to attend any of their events, he opened a dialogue with them that would prove instrumental to his success in the years that followed.

Santana began producing music at the age of 18, and only a year later he released his first track on Beatport. “Love Feeling High” arrived by way of Pet Project Recordings in 2013, and after getting remixed by Jaceo it rose to #17 on the Beatport Techno chart.

Around the same time, he delivered a performance that marked a similar turning point in his career. Members of P.U.N.C.H.I.S. were present during his DJ set at a Denver lounge called Opal. After he wrapped up for the night, they booked him for the first of what would turn into ongoing gigs at Beta Nightclub.

It didn’t take long for the name Diego Santana to appear on flyers for events at Denver mainstays like Milk Bar, Club Vinyl and Bar Standard. In the time since, he’s played at San Fransisco’s The End Up, Tecnopal in El Paso, and Domelandia in Austin – as well as a Miami Music Week yacht party and after hours events in cities throughout Mexico.

Santana’s constant drive to step outside of his comfort zone and challenge himself has played no small part in his tireless work ethic as a producer. However, his music all comes from a very authentic place. Everything he produces comes from whatever he might be feeling at the time, and you can hear it in every nuance of each arrangement.

As far as DJing is concerned, when not playing on vinyl he prefers to spin on four CDJs at a time so that he can loop samples from several songs at once to make each transition indiscernible to the audience. He plans ahead fastidiously, bringing a deliberate sensibility to a typically improvisational craft.

With techno as popular as ever, the trajectory of Diego Santana’s career only stands to curve further upwards in 2017 and beyond. Include him in your list of artists to watch as he reaches more electronic music fans the world over.