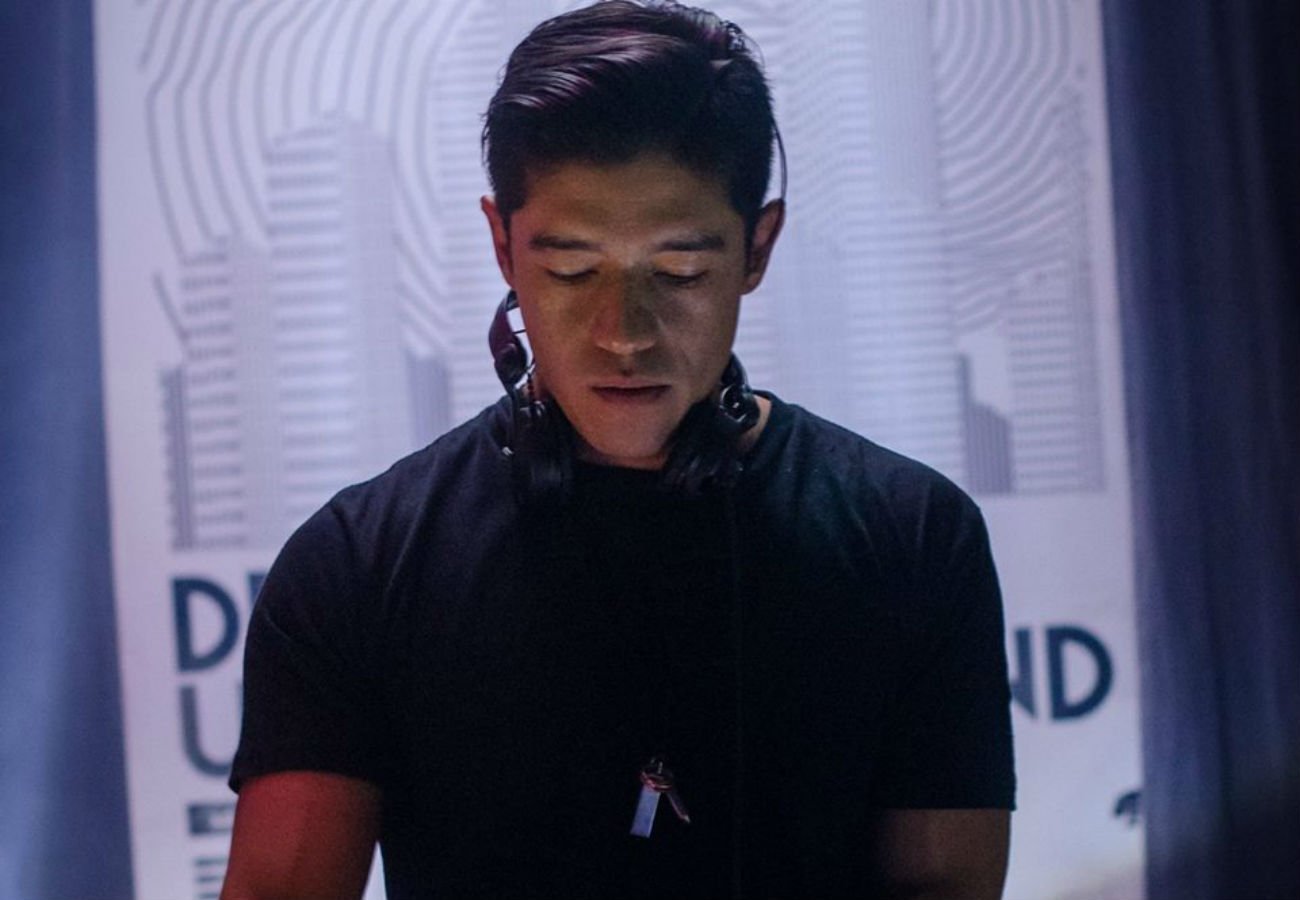 Fiat LuXx likens his techno aesthetic to standing in the middle of a running engine. It’s an apt metaphor. Beyond music alone, the Denver DJ and producer has set in motion a creative vision consisting of countless moving parts.

His impeccable taste as a selector has earned him the respect of notable figures in the worldwide house and techno community. Perhaps equally compelling is his constantly evolving INTIMäT concept: an abstract artistic ideal that has manifested as a creative space, live stream podcast, clothing label and print shop at various points since its inception.

Fiat LuXx was born Camilo Ruiz in the city of Rome, Italy. After his Colombian parents brought him back to their homeland at the age of four, however, he spent most of his upbringing in South America.

He relocated to Houston, Texas at the age of 15 and grew fond of trance at the height of the genre’s heyday. By college, his interest in electronic music had grown to the point that he took it upon himself to learn how to DJ. A remarkably short time later, he had already landed his first residency at Dakota Lounge in Austin, Texas.

In 2008, Fiat LuXx picked up and moved to Denver, Colorado. It didn’t take him long to lock down a residency at nightlife destination Jet Hotel, which in turn led to a dual residency (Sundays on the rooftop and underground Thursdays) at Absinthe House in nearby Boulder.

In 2009, perhaps the biggest turning point in his career arrived when he experienced Miami Music Week (WMC) and fell in love with house and techno while attending a yacht party. He also performed at WMC staple event series South Beach Sessions, and has returned to play them every single year in addition to a slew of other Miami gigs.

Back in Colorado, Fiat LuXx played an integral role in the inception of EKŌ HOUSE, an after hours venue that evolved into a multi-purpose creative space. It was in this liberated environment that the seeds of INTIMäT were planted, and he’s tasked himself with developing the brand in the time since.

The mission of INTIMäT, as he explains it, is to foster a community of like-minded multimedia artists who can practice their craft in an open and judgement-free space. Really, the brand is more of a general ethos than it is a formal organization. While INTIMäT’s most recent implementation is a live stream channel of invite-only electronic music events and seminars, it will go on to take many other forms in the realm of arts and entertainment.

As spread out as his ambitions may seem, Fiat LuXx’s abundant creativity becomes apparent as soon as you see him behind the decks. A true student of techno who derives inspiration from the likes of Jeff Mills, Oscar Mulero, Kyle Etapp and Bjarki, he keeps his DJ sets unpredictable by taking calculated risks. He also continues to incorporate new equipment into his repertoire, such as effect pedals and controllers.

In 2017 Fiat LuXx will make his long-awaited debut as a producer – after honing his signature style over several years prior. If the genuineness of his other endeavors is any indicator, his releases will make for poignant contributions to the ongoing global conversation that is techno.