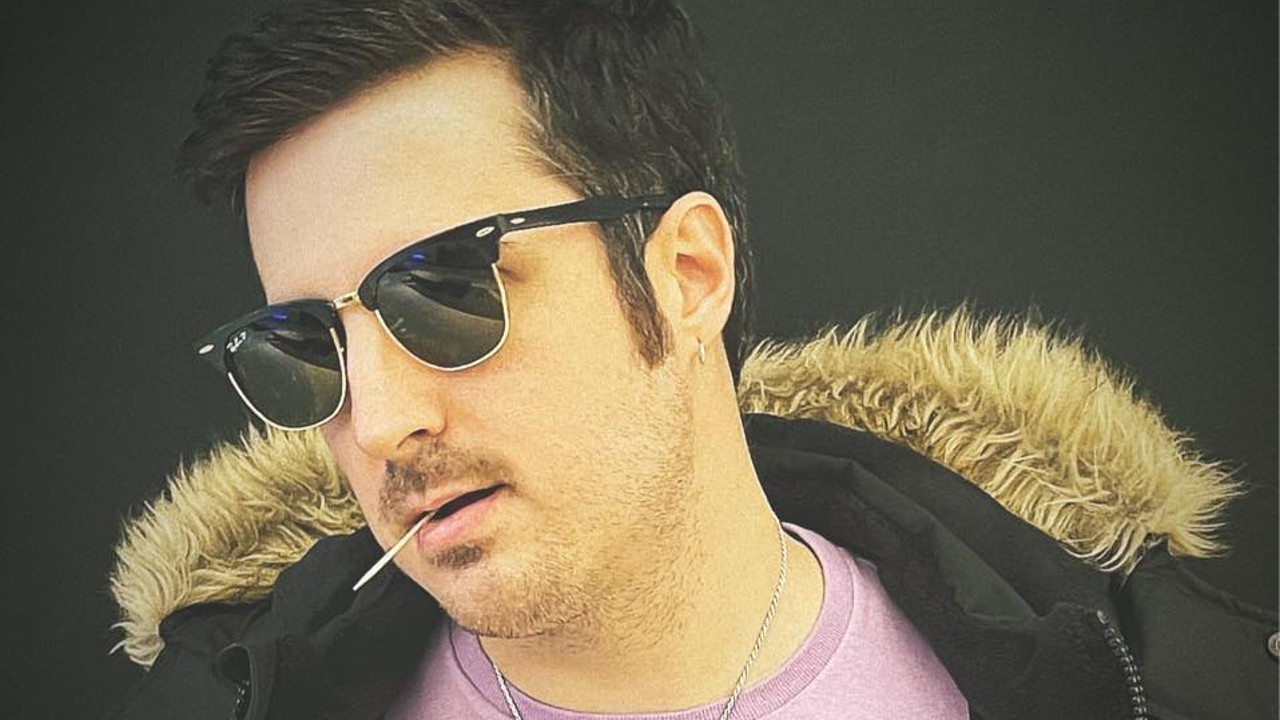 We live in trying times, spinning haplessly on a planet that grows more cruel with every turn. New music from Joman is needed now more than ever.

The dystopian satire of our age is the very reason for his staggering output. He’s a man of his times, caught in an interference pattern between crossed signals and cognitive dissonance from a seemingly endless array of channels. It is exactly this condition that makes Joman the creative firebrand that he is. Time and again, he distills these clashing inputs into soulful yet sonically spotless statements that echo house music’s utopian glory years.

Often with little more than a gaming laptop and studio headphones, he tunes out the noise and taps into the divine. Moments of inspiration yield surprise bootlegs of songs like “The One I Love” by R.E.M. and “Obsession” by Animotion, whose original artists often celebrate them nearly as much as official remixes. Supplemented by career-defining originals like “Welcome to the House” and “High Fidelity” featuring Lea Luna, the dynamic Joman sound has emerged as an unmistakable feature of the electronic music landscape.

Filtering out dissonant noise to find harmony is no new endeavor for Joman. Although he has no filter himself, this tendency has informed his creative process from the very beginning.

Joman’s origin story takes place in the suburbs of Denver, Colorado. Misunderstood as so many world-class artists tend to be, he found refuge making music in 2001 at the age of 13. Heavily influenced by artists like Moby, Fatboy Slim and BT, he learned to produce music on an early edition of FruityLoops (he still primarily uses FL Studio to this day).

He came up with the moniker Joman — a portmanteau of his real name, Joseph Mancuso — and it immediately stuck among his small but growing fan base. Before he had even graduated high school, he had delivered his first full-length album, Bleeding Heart Synchronicity. Albeit raw and somewhat naïve, the effort offered a glimpse of what was to come from the promising, young artist. Alongside music production and DJing, he started climbing the industry ladder by flyering for local promotional powerhouse Triad Dragons.

It was around this time that things came to a head in Joman’s personal life. A number of his close friends fell under the spell of hard drugs. Some of them ended up permanently scarred — or worse, tragically passing away. His social circle inevitably scattered, calling to mind childhood memories of isolation. On top of it all, his otherwise quite supportive parents were too busy navigating their difficult divorce to offer the emotional support he so desperately needed.

Somehow, some way, the same period marked the first sharp upward trend in Joman’s career. His budding sound signature, which melded the groove of classic house with hints of the electro house popular at the time, caught the attention of Denver DJ and producer Vanish. He signed Joman’s remix of “Mile High City” to his Velcro City Records imprint in 2008, landing the up-and-comer his first-ever Beatport release. Joman then delivered a remix of “Tha Illest” featuring Messinian by Oh Shit! on the same label, showing an unheard-of refinement of his production skills in only one month’s time.

Things started to move quickly. Joman became a staple DJ of Denver nightlife stronghold The Church Nightclub, substantially raising his profile in the Mile High City. 2010 saw him collaborate with J Scott G on a remix of Celldweller’s “Best It’s Gonna Get” that appeared in an episode of How I Met Your Mother. The same year, his rendition of “Speaking Japanese” by Shiny Toy Guns made it into the U.K. release of the rock band’s album III. After spending so many years flyering, he found his own name on countless flyers for Beta Nightclub by 2011 — when DJ Mag declared it #1 nightclub in North America.

2012 indisputably marked Joman’s career breakthrough. He showed the world that his creative drive was not confined to music with the internet phenomenon that was “Daymanstep.” Poking fun at the heavy dubstep popular at the time, it sampled an episode of It’s Always Sunny in Philadelphia and arrived in the form of a music video made of clips from the show. It went viral on YouTube overnight, garnering praise from the creators of the series. TKO Paintings would go on to enlist him to deliver official remixes for the show such as “The Gang Becomes Art” and “Chemical Cricket.”

Joman’s roller coaster ride of a life began to steer his sound into a breakneck brand of complextro. This required him to stack dozens of instances of Massive in a single project file, orchestrating call and response through LFO oscillators. His remix of “Obsession” by Animotion, which he first learned about on the Grand Theft Auto: Vice City soundtrack, was featured on the game franchise’s official blog and would later land Joman producer credits on the ‘80s synth-pop group’s 2017 album, Raise Your Expectations. He was now performing at stages as big as Red Rocks Amphitheatre in Morrison, Colorado as well as those of iconic festivals like EDC Las Vegas.

For any obstacle in the road that followed, Joman can also count several milestones. His 2015 Lea Luna collaboration “High Fidelity” on Black Hole Recordings was supported by Ferry Corsten and hit #1 on Beatport’s “Pulse” chart. He made a successful foray into sample packs in collaboration with Beatport Sounds, and again later with gear manufacturer Roland. His music is synced in games like Ratchet & Clank as well as TV shows like Impractical Jokers. From 2017 to 2019 he even hosted a radio program called The Joman Show on KUHS Radio Denver, introducing an impassioned and articulate narrative to conversations on pop culture, politics, and whatever other topics caught his attention.

Joman did not do it all by himself, of course. In 2009 he began dating Allie Janisch, who aided him as a photographer and all-around confidant through the most active years of his career. The two have since gone their separate ways, but not before Joman released an album titled Aperture inspired by their relationship in 2017. Her son Asher even makes an appearance on an emotive cut from the effort called “A Lucid Dream.”

Importantly, Joman has proven capable of reinventing himself in step with the sidewinding sine waves of music industry trends. The world burns brightly as ever in recent years, igniting the fire inside him once again.

Off-the-cuff bootlegs of classics like Depeche Mode’s “Policy Of Truth” and “I’ll Be Good” by René & Angela point to the evolution of his more mature house sound. He’s learned to set off the warmth of sampled instrumentals tastefully, leaning on the more subtle hallmarks of his time-tested production process. That’s not to say he’s outgrown luminous, synth-heavy progressive journeys, as evidenced by the melodic “In and Out” on Noel Sanger’s Dissident Music. Sidechained brass stabs, swinging drum hits, milky dub delays, and tasteful distortion: each soundscape immerses the listener in a serene and strangely familiar sanctuary. Through it all, Joman has managed to hold onto the innocent spontaneity that has rendered his music a guiding light for so many since day one.

To put it more simply, the hits keep coming. That’s the story of Joman’s life, and he wouldn’t have it any other way.