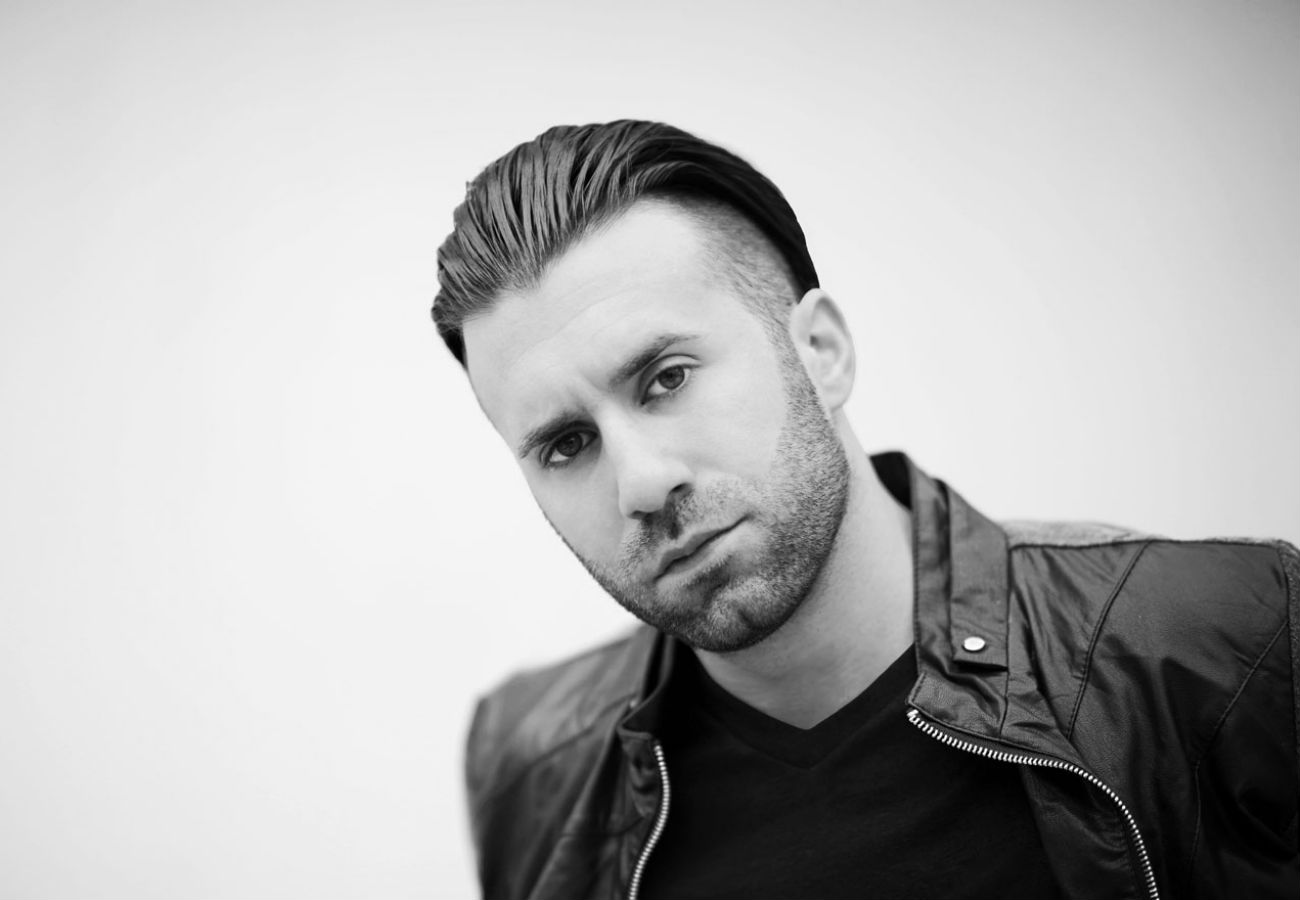 There’s no time like Miami Music Week for electronic music artists to make moves. This wasn’t lost on Lodato, as the NYC producer took the opportunity to drop his first big single of 2017: “Breathe Again.”

The angelic vocal top line of “Breathe Again” stands as its undeniable centerpiece. However, that doesn’t mean that Lodato left much negative space in the arrangement. A chorus of vocal chops meets with rumbling bass at the drop, fitting the track for festival audiences just in time for the start of the season.

The same day he executed the single’s release, Lodato set aside some time to talk to djbios about how it all came together. Beforehand, though, he discussed the meteoric progression of his career as of late, offering invaluable insight for up-and-coming producers the world over.

It’s safe to say that you’re still experiencing your big break as an artist. Tell us about what that’s been like.

Lodato: Yeah, it was a big learning curve, you know? You sit in the studio with four walls every day driving yourself crazy, and then it all starts happening at once. It was a gradual process, but really, I’m so thankful for the overall support that I’m getting for something I created out of thin air.

Think back to Miami Music Week of 2016. What did your career look like a year ago?

Lodato: Basically, I was doing a lot of thinking about how I was gonna tackle this. What’s so great about this generation is that even though everyone complains about the business side of it, I actually like it because it made me a harder worker. I learned things that I don’t think I would have thought to do, like reaching out to bloggers and making relationships with people that you would never in a million years think you would be talking to.

It makes for a much wider spectrum on the business side where it’s not just about the record anymore, It’s how you market it and plan the imagery and all of that. I’m just a one-stop shop now, where I’m directing music videos with my partners and everyone. It’s just amazing watching this baby grow up. Every song is like your kid, you know?

It’s funny you mention that, because at this year’s Winter Music Conference a panel of decorated managers and agents actually discussed how both roles are gradually being phased out. Has that been your experience?

Lodato: Well, I’m very into the “teamwork makes the dream work” model, and I don’t think they’ll ever be phased out. I just feel that you have to have multiple jobs. You’re not just gonna make a song and let it out there and not do anything afterwards, because that’s when it fades away. You need the team, so now if you have two people doing the management side, two people doing the imagery, it gets things done faster.

The Miami scene is an experience in and of itself, but I understand that a week prior you had a gig in Clearwater, Florida. How is the scene out there different?

Lodato: You know, I feel like it’s all coming together now to where it’s one language. They’ll like this song here and another there – just different levels of appreciation. I don’t really wanna say that one city is different from another in that aspect. People just wanna have a good time, that’s what it’s about. They all love the same style. You go into an EDM club, they want to hear EDM.

Of course, the biggest news for you is that today you officially released “Breathe Again.” How’s the response been so far?

Lodato: It’s been amazing because I just sent out a few feelers and stuff like that and got great response. Now I’m actually waiting for the music video to come back. That should probably drop in two to three weeks. Basically I’m driving here, and I’m coordinating everything at the same time, and it’s released on every social media platform where you can buy music. It was a long process to get to today and now I’m relieved, like, “Oh, I can breathe again,” no pun intended. (Laughs)

Before this track, of course, you and Joseph Duveen remixed Clean Bandit’s “Rockabye.” How did that come about?

Lodato: Funny story. A friend of ours from the label sent us the acapella, and we said, “You know what? Let’s do it.” It was just a really great song at the essence of it, and when we broke it down to piano I loved it.

So you started with the acapella and built it around that?

Lodato: Yeah, Atlantic was nice enough to give the acapella to us, and then they loved the remix. Clean Bandit was like, “Yo, we have to put this out, like, now.” They hit me up and had me send them the stems; it was crazy how rapid it was. Definitely a cool experience. It’s almost up to 750,000 plays.

So, I released “Breathe Again,” my remix of Clean Bandit’s “Rockabye,” and a bootleg pack within one day. It all just got blasted out and it’s been amazing.

It’s safe to say that your remix of Vicetone’s “Stars” ft. Jonny Rose was your first big break in electronic music. Think about how much your sound has changed since then!

Lodato: What I like about that transition is that it was a learning process for me. It gave me the capability to do multiple styles within one genre or subgenre, so it really was cool to think of how I evolved between then and now.

If you had to, how would you categorize “Breathe Again?” A little bit future bass, a little bit tropical house, maybe?

Lodato: Yeah, I really wouldn’t say that I wanted it to be this or wanted it to be that. I wanted to combine things, because really, that’s how genres are made – so why not try to experiment just a little bit? Everything is all hybrids right now.

Do you feel like you’ve been pushed in that direction because of current trends – whether by the label, your management, or whoever – or did it happen naturally?

Lodato: Naturally. Of course I like certain songs, like anybody else, but I just try to make stuff that I would listen to on a daily basis. Whether it’s me daydreaming, or having a dream at night, that’s what I want to be able to make and translate from my mind to my ears. It was not influenced by too much, to be honest.

I played around with different things, like the vocal chops thing is hot right now, but I decided not to go for that on this. The sound of the drop, for instance – even though it doesn’t sound like it, it was based on The Prodigy’s sound. I was trying to do a commercial take on that, like that was my translation of it.

In the time from that Vicetone remix to now, what has been the biggest challenge you’ve faced? If there was one moment at which you were closest to giving up, what would that be?

Lodato: That’s such a weird question to ask me because, not to sound generic, but I never doubted. I feel that once that poison comes into your mind, it could affect you in a good or a bad way and I want it to be neither. I just had tunnel vision and didn’t stop. There’s no reason to, because nobody gets good at something after doing it for five minutes. I follow the Chinese rule of 10,000 hours or 10 years – whatever comes first. I devoted my life to this just like somebody would devote their life to marriage.

You’ve already made your big Miami Music Week power play, but do you have anything else up your sleeves for this weekend? Any IDs you plan to drop or anything like that?

Lodato: Well, no. Basically, I like to bootleg the whole show, meaning that I’ll mix and mash everything so that I’ll sound my own way.

A lot of edits, then?

Lodato: Heavy. I don’t think there’s one original of anyone’s. I want it to be completely bootlegged to where you can’t duplicate it. That’s what they want, constant surprises.