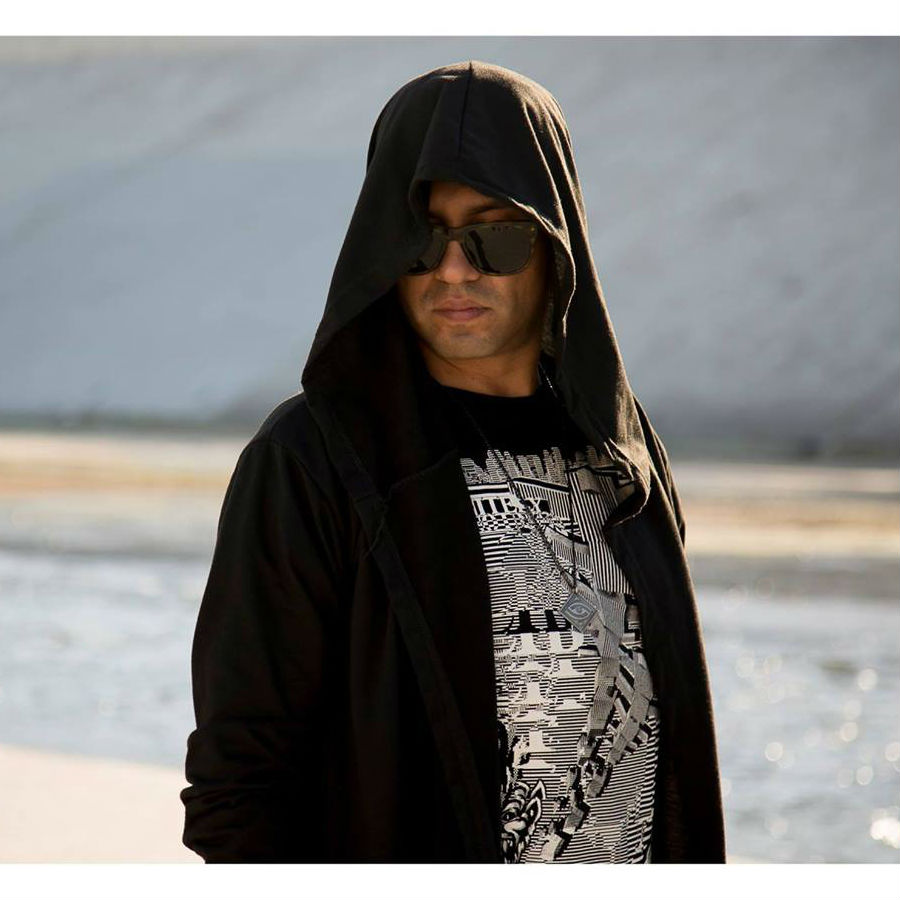 An ideal is an unattainable standard to which you can aspire but never fully achieve. In that respect, it’s the perfect symbol of DJ IDeaL’s career. Despite his long list of accomplishments, he considers his journey in dance music to have only just begun.

Upon watching him improvise behind the decks, DJ IDeaL’s tenure as a DJ and producer becomes immediately evident. Having actively contributed to dance culture since the late ‘90s, his influence extends through numerous avenues of the international phenomenon as well. In addition to performing across the globe and releasing music on labels like Black Hole Recordings and VANDIT Records, he’s established himself as a noteworthy promoter, writer, label boss, TV host and radio personality.

DJ IDeaL recognized the connective nature of electronic music from early childhood. Born Tomas Serrano in Mexico City and raised in San Diego, an early language barrier led him to seek out a more universal medium so he took an interest in DJing and remixing culture as early as 10 years old. By 15 he started to learn how to play records, and after graduating high school he actively participated in the Bay Area rave scene while attending college in Santa Cruz.

Shortly after DJ IDeaL returned to San Diego and began gigging throughout SoCal, he began a long foray into radio. In 2000 he became one of the select DJs of a program called Rewired on the Tijuana radio station More FM 98.9 – a job he held down for the next three years. In the time since he’s hosted the Sirius XM show UMF Radio, co-hosted ZDM on 90.3FM, San Diego’s three-year-running #1 mix show, and Saturday Night Energy on Energy 103.7FM. Most recently, in 2017 he helped launch the show In The Mixxx on Glow Radio/FM94.9, where he works as a host to the present day.

With his work in radio adding dimension to his platform as an artist, it didn’t take long for DJ IDeaL to start gigging outside of the SoCal nightlife circuit. After maintaining residencies at such San Diego destinations as Belo, Flux and Stingaree – as well as a six-year run with Los Angeles mainstay Avalon Hollywood – he got involved with promotions and for major SoCal brands like Giants and Realivze Tribe. A major turning point arrived when he became the first West Coast promoter for Ultra Music Festival in 2002. The opportunity has enabled him to DJ annually at the festival for over a decade, and he’s also added gatherings like Life in Color/Dayglow and EDC Las Vegas to his résumé.

DJ IDeaL has also performed at nightclubs across several continents. From high-profile hotspots like Drai’s Las Vegas to such renowned Ibiza locations as Eden and Es Paradis to a club housed in a cave called Guacara Taina to the Playboy Mansion (at which he has DJed six times), he has proven himself versatile enough to play the room in a multitude of live music environments. In his time abroad, he also became the first California guest on Mexico’s largest dance music radio show, BeatFM.

Gigging aside, DJ IDeaL also boasts over a decade of studio releases. His most notable originals to date are his 2013 Eddie Amador collaboration, “I Need You,” and his Tristan D collaboration from 2014, “Miami.” The former track came out on Black Hole Recordings and the latter on VANDIT Records. He’s also been tapped as a remixer for songs like “Island” by Kerli, “Noche Y De Dia” by Enrique Iglesias, “You I & The Music” by Junior Sanchez and “Body High” by Mike Taylor.

Taking into account the scope of his work in electronic music, it comes as no surprise that DJ IDeaL eventually came to run two record labels as well. In 2013 he and Tristan D acquired Black Hole sub label Serious Recordings, which they continue to oversee today. Furthermore, he launched an imprint called Docka Records in 2015 that has signed music by the likes of Federico Scavo and Donald Glaude – some of which has charted on Billboard, Beatport and DMC.

DJ IDeaL has also written for publications like Tilllate Magazine, DJ Mag Canada and EDM Magazine. Since 2014 he has also worked as the dance music correspondent for NBC’s local television show SoundDiego, and in 2016 he took the same job for EDMTV Network but quickly moved on to aiding in the platform’s business development. He has also applied his entrepreneurial approach to dance music to the nonprofit sector; he was among the founding members of Electronic Music Alliance in 2010, and in 2016 was voted onto the organization’s board.

In recent years, DJ IDeaL has gravitated towards the more mature styles of house and techno, although his knack for turntablism renders each of his sets simultaneously engaging and tasteful. In a greater sense, he understands the unifying power of dance music. He sees it as a culture that’s grown much bigger than sound alone, which explains why his career has branched out in so many novel directions over the years.

Amazingly enough, DJ IDeaL suspects that dance culture is still only on the verge of blossoming. If his prediction comes true, it’s safe to assume that the best is yet to come for him as well.