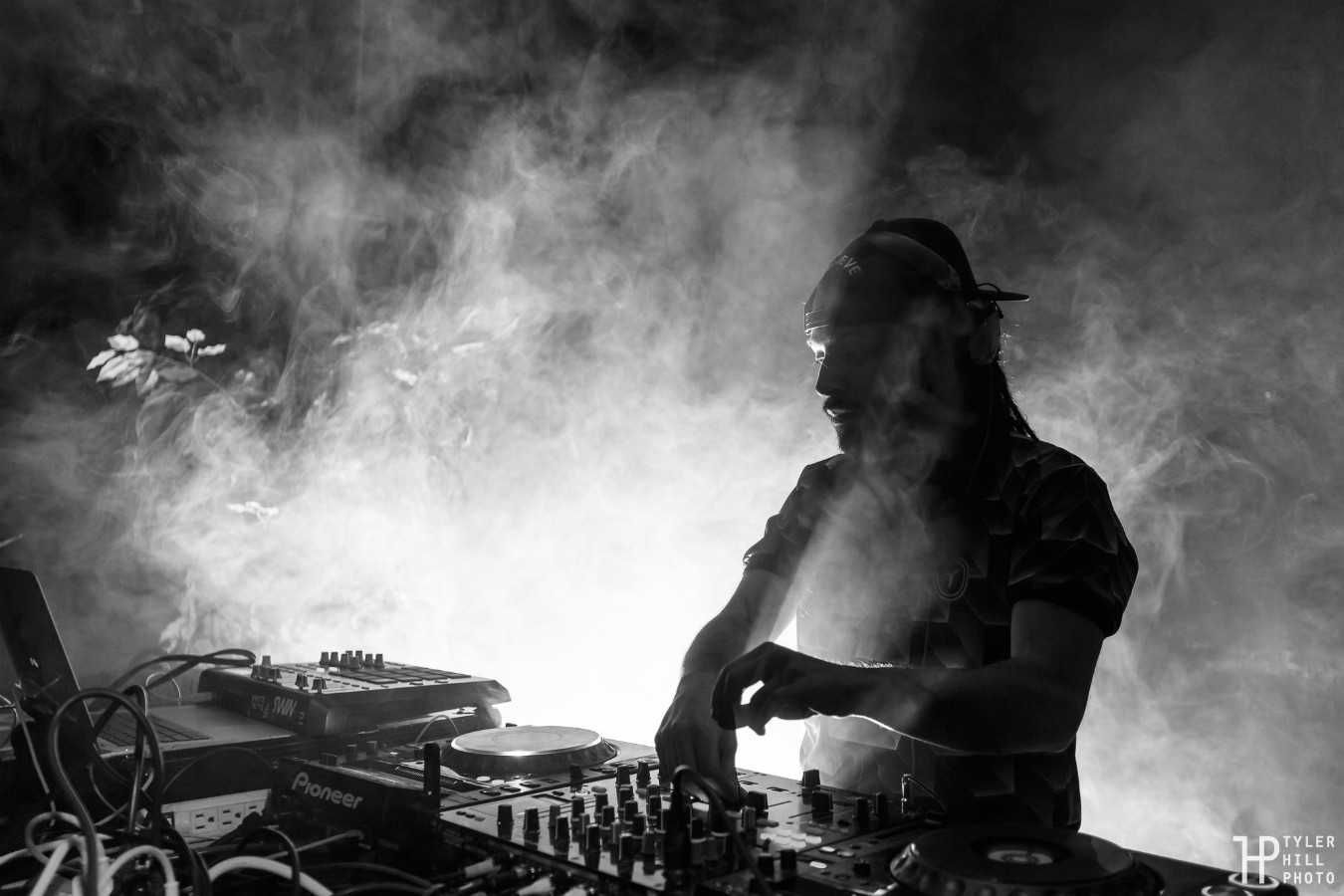 For a DJ too diverse to be pigeonholed into any single genre, Nofux has emerged as a prominent voice in Seattle’s underground bass scene. Then again, his performances speak for themselves. Since he approaches bass music with the integrity of a crate digger, he’s earned respect from old heads and new fans alike.

A typical Nofux DJ set bounces frenetically between cuts of UK garage, Baltimore Club, jungle, footwork and classic dubstep. By tastefully incorporating effects during transitions he manages to blend these styles together seamlessly, and many of the scene’s notable personalities have come to recognize his prowess behind the decks as a result.

He’s spent long enough paying his dues in the electronic music world to deserve it. Born and raised in Seattle, he was introduced to hip-hop, house music, garage and jungle by his older sister at an early age. Although he went on to live in numerous parts of California as well as cities like Caracas, Miami and Brooklyn, he eventually circled back to his city of origin and became an active member of the rave scene as early as 2006.

2010 marked the turning point at which Nofux began to DJ professionally. He came into the mentorship of Keano – a DJ and host of C89.5FM KNHC Seattle radio show “The Bassment” – who gave him his first nightclub residency playing Trapped Thursdays at Tonga Lounge. Soon afterwards, he started performing at a Club Volume. It didn’t take him much longer to become a fixture at USC-owned superclub Foundation after warming up the decks for DJ Craze there on a couple of occasions.

Another pivotal moment came when Nofux got picked up by a local DJ crew called Tom Kha. While spinning at a weekly put on by the collective at Seattle nightclub Monkey Loft called Spectrum, he began to earn a reputation as one of the city’s premiere underground bass DJs. Rubbing shoulders with the likes of BOGL and Sinistarr during this period tempered his dedication to the more sophisticated side of the genre, and he quickly became one of its most outspoken proponents.

Nofux, who now holds down a residency at Q Nightclub in Seattle, has benefited in no small part from his active online presence. Be that as it may, counterbalancing his strong convictions with a conscious musical philosophy is what has helped him strike a chord with electronic music fans more than anything else. He hopes for his fans to realize that just as everything in the universe is made of the same energy, what they perceive to be discrete categories of music are in fact one in the same. Coming to this conclusion is likely what gave him the versatility that he’s known for, and as far as he’s concerned that sort of wisdom ought to be shared.

As the youngest generation of “post-EDM” music fans seek out more genuine styles, Nofux’s brand of underground bass can only catch on at an increasing rate. As far as Seattle’s growing electronic music scene is concerned, anyways, you can expect to see his name come up a lot more often in 2017 and beyond.