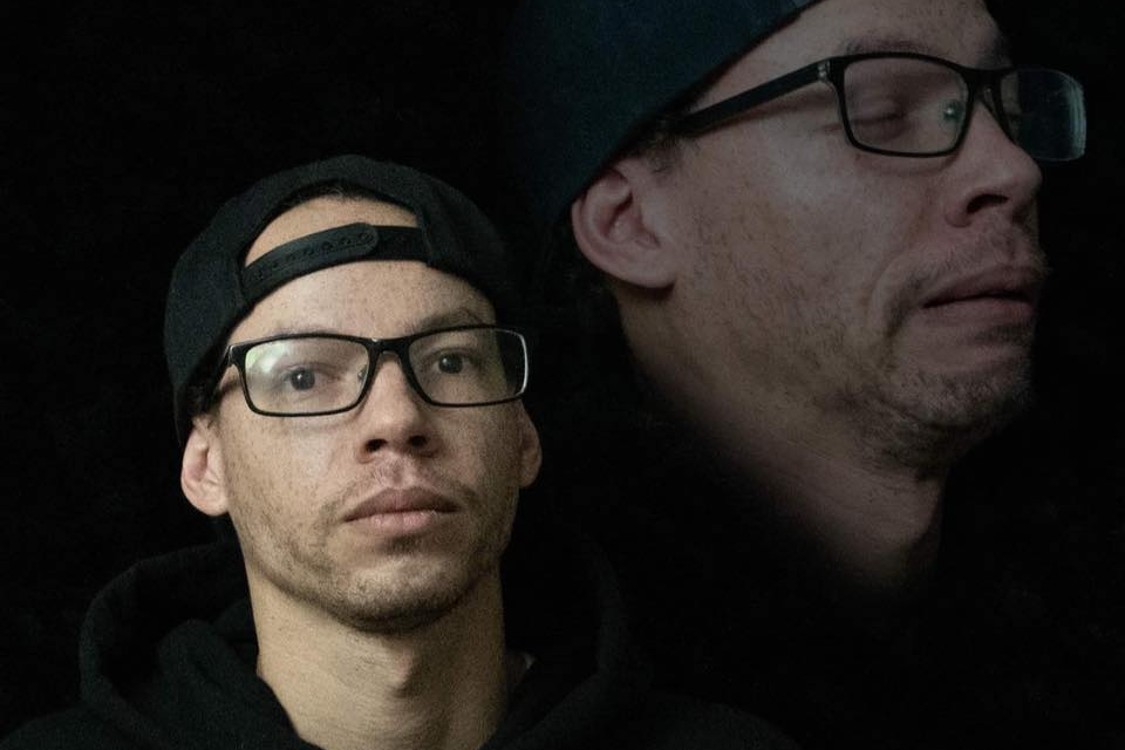 DJ. Producer. Denim innovator. Sex move encyclopedia. Vertekz is all of these things, and at the same time he is none of them. No words, after all, can capture the way he makes buttholes vibrate in unison on the dance floor. He is the great beige enigma of Salt Lake City, and it is only when one witnesses his glory that they can understand the hype.

From the West Coast to the East, Vertekz has rocked DJ sets and ravaged the eardrums of innocent bystanders like a runaway freight train made of nasty ass bass wobbles. Festivals like Das Energi and Get Freaky have repeatedly faced the aftermath of his sonic savagery. His music – all self-released – has amassed an actual, literal cult that is beginning to grow at a pace concerning to officials.

Believe it or not, the supernatural phenomenon known as Vertekz started life as a regular human being. He was born Tim Ziperstein in Warner Robins, Georgia and soon relocated to Salt Lake City where he has effectively lived his entire life.

By age 11, Ziperstein was already plotting ways to carry out a full sonic assault on the world. He discovered DJ Icey’s 1998 album Generate, immediately drawn to the mind-bending sounds of breakbeat. He started DJing under the name Timmy Teaze in 2009, serving up syncopated rhythms to unsuspecting candy ravers at local hotspots like Club Sound and the now defunct Salt Palace.

The Timmy Teaze project also provided a platform for Ziperstein to put out an impressive number of music releases. He specialized in “relicks,” a term he coined for breaks remixes of electro and dubstep singles – the most notable of which was a rerub of “Back Once Again” by Zomboy that amassed thousands of plays in a single day.

2019 marked Ziperstein’s metamorphosis into the fearsome force of nature known as Vertekz, an incendiary mix of heavy dubstep sound design and trap music beat structures. Tracks like “Hater Blockers” and “Bouta” offer a glimpse of the rave-wrecking, brain-hemorrhaging, ball-bag rupturing bass that has cemented his reputation as a flagrantly fearsome force of musical nature.

When the rage flows through you and you find yourself gyrating into a frenzy against every uncomfortable body on the dance floor, that’s Vertekz. When the beats scramble your senses and you’re reduced to a convulsing with everyone around you staring in horror, that’s Vertekz. He’s your wildest dreams, your worst nightmare, your GI flare up, and every sensation in between. Those who listen to his music must be prepared for pregnancy at best, and a painful death at worst.

With all that said, Vertekz is also a great DJ for bar mitzvahs, quinci​​ñeras and children’s birthday parties. Please note when preparing his rider that he is allergic to pineapple unless it is cooked.