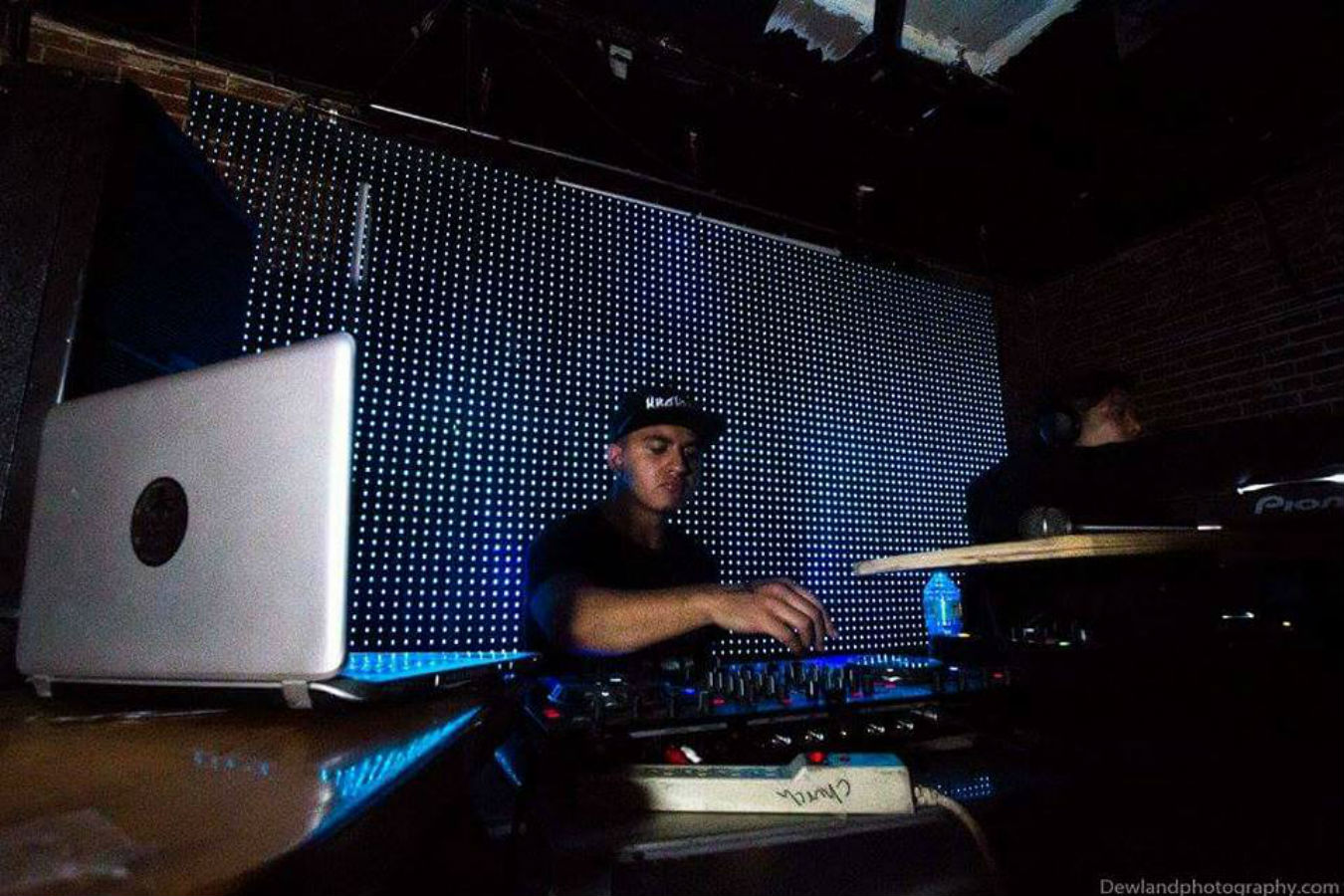 It takes a musical mind like that of Krakyn to see EDM for the storytelling medium that it is. Whether behind the decks or in the studio, he incorporates a distinctly cinematic quality into each of his musical creations.

By approaching dubstep and trap with an aesthetic more common to progressive house, Krakyn takes each audience on a sonic journey full of peaks and valleys, twists and turns. His debut EP extends this sensibility even further. Titled Gods of Olympus, each single comprising its tracklist places the listener in the vantage point of a different figure from Greek mythology.

It may come as little surprise that Krakyn’s own origins sound like a story written for the silver screen. His mother and father met while working in a bar together in Denver, Colorado. When the Army stationed his father in Würstburg, Germany his mother couldn’t bear to part with him, so she bought a one-way ticket out there and stayed with him in his barracks illegally. His father’s sargeant flipped a coin to decide whether to deploy him or another soldier – and because his father was allowed to stay, Juan Guevara A.K.A. Krakyn was born nine months later.

He played piano from early childhood, and after experimenting with hip-hop emceeing he began learning to produce in FL Studio when he was only 13. He took up DJing not long after, and cut his teeth reforming at private events in and around the Mile High City. Krakyn landed his first official club gig in 2015 at The Church Nightclub in Denver. In the years since, he’s played in both the main room and basement level of the venue. He soon branched out into the nearby Fort Collins market by becoming a regular at The Yeti Bar & Grill. As a result, in August of 2017 he DJed at the grand opening of a brand new Fort Collins destination called Wasted Space, in addition to making his debut at Beta Nightclub in Denver.

2017 also marked his debut as a solo artist. In February he released the earth-shaking trap banger “Dark Side,” for which he received support from the YouTube channel HARD TRAP. In July he followed it up with “Ares” – the lead single from Gods of Olympus, and the track which solidified his theatrical signature sound. He rounded out the year with a monumental remix of PhaseOne’s “Welcome to Mayhem” featuring In Hearts Wake.

As with “Ares,” each song on Gods of Olympus is named for another Greek god. “Zeus,” “Poseidon,” “Hades” and “Apollo” exhibit decidedly different manifestations of his production expertise, and voiceovers prefacing each soundscape tell a story from the perspective of each character.

As with the EP, Krakyn is known to weave a multitude of influences into his performances. Rather than piling on banger after banger, he intersperses his sets with more soothing sounds. In fact, his affinity for bass music’s softer side has culminated in his Padawan side project, which he’s devoted to melodic dubstep and future bass releases.

In 2017 and beyond, EDM fans can expect to see Krakyn build on his repertoire as a DJ while pumping out additional releases. Fans of all things bass ought to keep a close eye on him in the coming months.