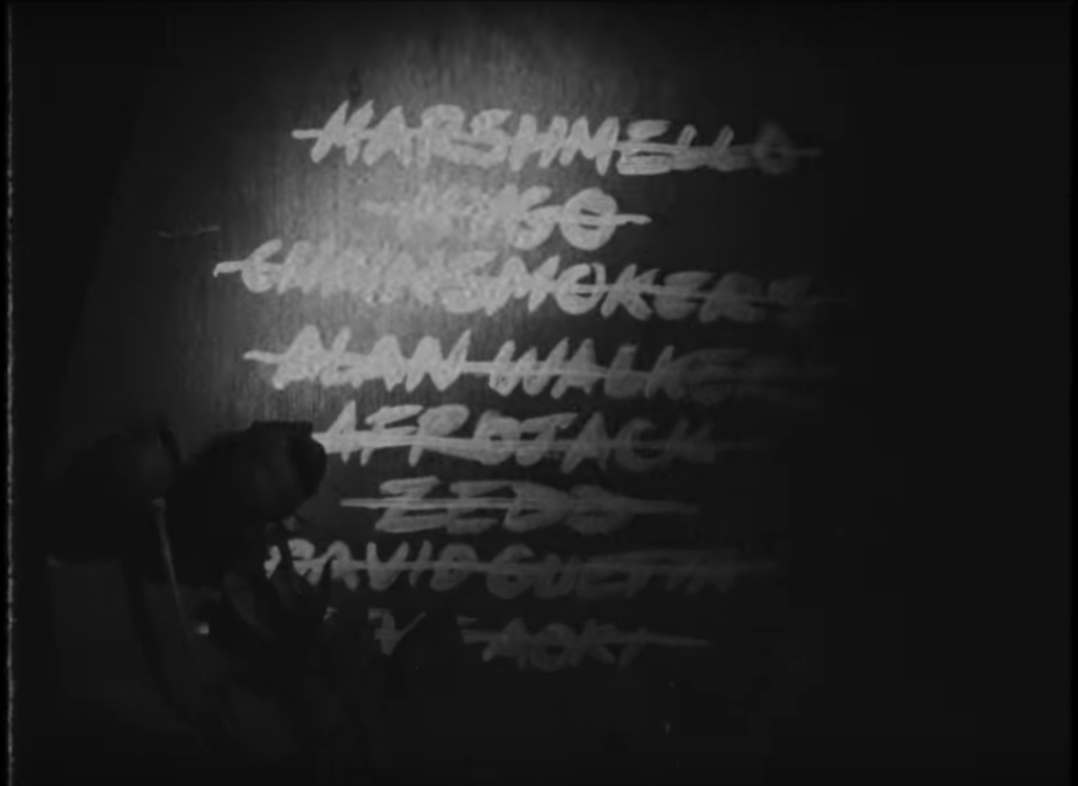 In his characteristically cryptic fashion, ZHU has begun revving up the promo engine for what looks to be another album. The L.A.-based DJ and producer has put out a video teaser titled “Nightcrawler” that apparently alludes to commentary about mainstream electronic music.

Against the backdrop of a Tangerine Dream-reminiscent synth line, the first portion of the video depicts a group of youths who sport clothing bearing the ZHU logo carrying a coffin into a graveyard as part of what looks to be a macabre ritual of sorts. Among the grainy clips in the montage that follows is one of a list of crossed-out names, including such contemporary EDM icons as Steve Aoki, Kygo and Zedd.

According to Genius, “Nightcrawler” is one of four tracks that had been mistakenly uploaded to ZHU’s SoundCloud account in February. The ominous list of DJs in the video is likely part of a overarching theme in the artist’s upcoming effort, as the YouTube video description simply reads, “join the Blacklizt.”

The three other tracks that were erroneously leaked to the public went by the titles “B&B,” “Storms of Galisteo” and “Waters of Monaco.” As the North American festival season kicks off with Ultra Music Festival later in the month, the official releases of these songs are likely to come sometime in the next several months.